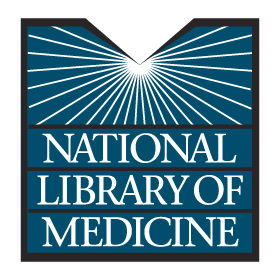 If you have used PubMed, and taken a wee bit of trouble to look at the left side of the search box, you may have noticed the PubMed logo followed by the words:
US National Library of Medicine, National Institutes of Health.

The NLM is where the whole PubMed database is compiled.  Let us learn a little more about the NLM and its history.

Located in Bethesda, Maryland, the National Library of Medicine is the world’s largest biomedical library with a print and electronic collection used by millions of people around the world. NLM has been around since 1836, and has had different names and affiliations in the years of its existence. Originally the Library of the Office of the Surgeon General of the Army, it was renamed as the Army Medical Library in 1922. It became the Armed Forces Medical Library in 1952, and the director had to be an officer of the Army, navy or the air force.

The Old Red Brick, home to the library since 1871, fell into a dilapidated state by the 1950s. Age and poor maintenance caused the structure to wear thin, heavy rain and problems of leakage had destroyed the paint on the walls. The situation became so dire that tarpaulins had to be placed over catalog cases, desks and card files were removed, and books and journals had become blemished. The space could not host librarians, patrons or publications any more.

As a result, talks began about relocating the library. Many options came up, among which one was Chicago, home to the American Medical Association. Capitol Hill was another option. The library director of the time Col. McNinch had reservations about the latter option; he felt that this would be reason for the Library of Congress to eventually absorb the Medical Library.

Eventually, McNinch set his interest upon Bethesda, Maryland. His vision for the library became a reality in 1956. The Medical Library, by the 1956 National Library of Medicine Act, was to be attached with the Public Health Service and given a building on the premises of the National Institutes of Health (NIH) in Bethesda. This also meant that it would be attached to the military henceforth. The headquarters remained in the Old Brick Road till 1961, and the NLM’s Board of Regents (the library’s primary governing body) voted for another location of the southeast part of the NIH campus, which is the site of the NLM’s two buildings now.

NLM became operative on the NIH campus in 1962 as an arm of the Public Health Service. In 1968, Health, Education, and Welfare Acting Secretary Wilbur Cohen laid down his recommendations. He stated that the NLM “would continue to be the Department’s vital centre for health communications and related scientific information development”.  The NLM Director of the time, Dr. Cummings, responded to the affirmative and said that this statement would be the pathway for the rapid assimilation of modern technology and biomedical communications.

Having read this, let us pause for a moment and reflect. So much energy goes into the creation of something to aid a mass audience- be it an establishment, or a database. PubMed has been around for 22 years in it’s current format, but it’s history goes back to a little over a century. It began as the humble printed Index Medicus in 1879 (see this link), and has developed through these years only out of sheer effort of the NLM professionals. It is a product of the NLM that is often misunderstood simply as a search engine for health professionals. It is so much more, and is just one among many products of the NLM. We will, in future share other initiatives of NLM through our blog